I’m going to introduce you to this great plugin, Thrive Leads, which is used to create subscription forms in a simple and visually attractive way, to increase the speed of attracting your new subscribers.

This article is completely related to that of its sister plugin Thrive Architect.

In fact, as you can see in that other article, the forms that you generate with Thrive Leads within the “Lead shortcodes” options, can be imported and seamlessly integrated into your layout with Thrive Content Builder. 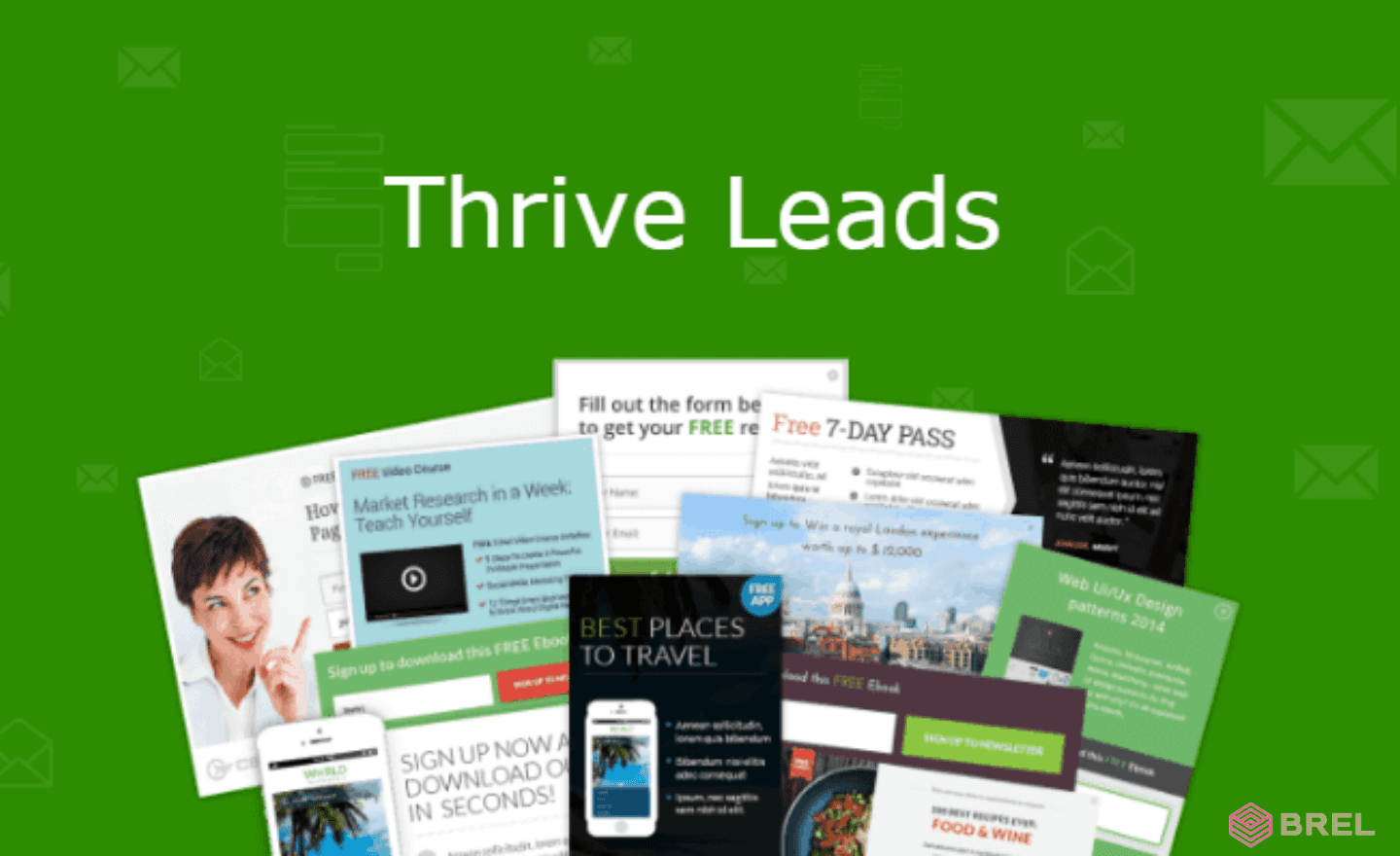 first of all, we are going to comment on a couple of questions.

First, that the fact that a form works will not depend only on its visual aspect, more or less attractive, but on other factors such as the type of public you attract to your website and the real quality of the claim you offer. in exchange for the subscription.

And when I say that the form “works”, I do not mean that it works because if they put the name and the email they will actually end up on your list in your email marketing provider (we will see). For me, “working” is that said form has a good conversion rate.

The second question is that you are clear that Thrive Leads is a paid plugin, complementary to Thrive Content Builder although they can be used completely independently without problems. And they are paid because both are very good, I attest.

I say this so that you take it into account and to tell you openly that I am an affiliate, I have no problem with you knowing.

Once this introduction is done to put you in context, let’s get to the point with what we are going to see here.

As I mentioned in the introduction, Thrive Leads is a paid plugin that makes it easy for you to create subscription forms to make them attractive and conversion-oriented, and all this without touching any code.

It offers you a wide variety of templates and their customization is done through “drag and drops” as well as by clicking on the different options for each element and modifying what you want in each case.

In fact, at the end of the day, it is nothing more than the use of the Content Builder but oriented to the maximum on the subscription forms.

Now, the plugin itself is very complete and has a lot of potentials.

The downside of this, that for this reason, it is in turn somewhat complex. The idea is to shorten your learning curve, that instead of watching all the videos and fighting for hours, you can see it getting more to the point, which is always appreciated, right?

In this first, I am going to explain to you what the plugin website is like and how much it costs, and then go on to do a general review of the three main options with which we can work our forms.

Here we dive into explaining the heart of the matter.

I already anticipated it before, and Thrive Leads is far from other options such as Magic Action Box.

This plugin presents three separate options so that between them they can cover everything that is intended:

Lead Group is the way to have “a family of forms” which we can configure and apply general display options, that is, where we want them to appear and where not, making exclusions.

On the other hand, within reach of the types of forms of this Lead Group, we can determine individual characteristics so that each of them is displayed. For example with popups, configure when they should appear and when not to exit again.

The types of forms that we will handle within our Lead Group are:

This option will allow us to generate “individual” forms, that is, they do not go into a group of anything, as before.

The peculiarity of these forms is that you can insert them using the shortcode that is generated with its identifier.

Insert them where? Well, manually on any site on our website.

For example, within the editor of our WordPress by editing an entry or page (I said normal WordPress editor, not necessarily editing with the Content Builder) you can make this form appear by copying and pasting the shortcode wherever you want.

They are very comfortable to use, although if you know how to use Lead Group well, you may not even need to use them.

What ThriveBoxes allows you to do is create forms of type 2 steps.

This means that you do not show the form directly on the screen, but rather use an element that will act as a “trigger” for a lightbox or popup where the user can register. We have a previous click and then the form, that’s why they are called 2 steps (in two steps).

I leave you with this video where I am going to explain in more detail the differences between the three and more things:

Creating and customizing a new “shortcode” form is easy.

What you will have to do is select a template and from there modify what you need to your liking.

Really here the only “complication” is the handling with Thrive Content Builder itself, I recommend that you visit that link to my other guide so that you can learn more about its operation, it is the “sister plugin” of Thrive Leads.

Of course, from this type of form, you will be able to create clones with variants to carry out your A / B tests.

Anyway, in this word I can say little, you will see it much better through this video:

As we saw before, a “Lead Group” is a kind of “family of forms”, a set of different types of forms that you can add to your website and on which you will have multiple configurations and display options.

Now I go into a little more detail, describing what each of them consists of within Thrive Leads:

ThriveBox is used to create subscription forms of type 2 step or “in two steps”, as we have already commented.

The operation is as follows: you create your ThriveBox which is nothing more than the form itself.

Afterward, you are provided with a kind of shortcode with a starting tag and a closing tag.

Well, just as in the previous one we pasted the shortcode directly editing a page or entry and the form appeared, here what we will do is “put an element in-between” of that start tag and the end tag.

In this way, any text, a button, or an image that is included between these labels, will act as a trigger and when that element is clicked, the popup assigned according to its identifier will appear.

I do not know if it is very complex in words or easy to understand, of course in the video I think you will understand it without a problem.

This is by far the most complex to explain and also to understand about this plugin. I will try to simplify it.

The main idea is to provide the forms with several new options so that they are not limited to their usual use.

These new features are distributed through the different “states” of a Thrive Leads form.

These types of states are divided into these possibilities to be viewed from the same form:

That is, we will have a first “serial” or default state of our form, and within it, we can have buttons.

These buttons will make the form change its appearance, its state, depending on what we indicate.

How is that managed? For this, at Thrive Leads we have the “Event Manager” or event manager.

This is a feature that buttons, images, and some other compound elements have, which allows all of them to act as buttons, in reality, making the trigger “click” follow an action or consequence.

In the video, it is clearer but I put here the example with which I explain it: imagine that you have a normal form, made with a shortcode for example, so as not to complicate more.

But in this form, you do not have the boxes to enter the name, email, and the subscribe button. What you have is a video or an image, text information about whatever, and underneath two buttons with two options: an SEO mini-course and an email marketing ebook.

Well, to these buttons through the event manager, we can assign them to click to change to one state or another of the form.

Those two different states will have been previously created, and there you do include the boxes and the subscription button, which take you to different subscriber lists to start a series of SEO autoresponders or to download an email marketing PDF.

Finally, we have a different status for when the user who visits us is already subscribed.

In the video that you have below, I tell you that at that time I was not entirely clear how the matter worked, so I can explain it to you, and in fact, I have created this separate article on this topic, it is called Smartlinks.

The idea is: a non-subscriber reader accesses your post through an “A” link from a social network, the Default State of the form is shown. Instead, a subscriber receives an email with a link “B” that contains an identifier and when he accesses the post from the said link, he recognizes it, and then the form in the post shows his “Already Subscribed State”.

What I like least about Thrive Leads is the theme of the add-on “Lightboxes”.

I know they do it to multiply the possibilities, but sometimes they mess it up too much and go overboard.

In the case of this add-on, it should only be available for Thrive Content Builder, which is where its use is better understood, and if you don’t have Thrive Leads, then it is quite useful for the subject of popups and forms of type 2 step.

Now, it also includes this Thrive Leads add-on and they make you dizzy with so many Lightboxes options, the ThriveBoxes, and the different Lightbox states themselves within each form. Makes you do fancy stuff, but fuck until you get it.

The same happens in the plugin in general: it is very powerful, extremely versatile and the limits are really set by your imagination. Now, that makes the plugin the nose sometimes complex in its use, and until you get all the concepts of use, it costs.

However, that said for me today it is the number one plugin in terms of subscription forms. It is the one I use on my website and complemented with the potential of Thrive Content Builder, it is already the Ostia. At least I think so.

You have 3 types of user licenses:

My recommendation would be the intermediate option, which costs $ 97. (About € 88)

The difference with the basic option I think is worth it since it is usual that we want to use it for more than one website, but now most likely in the future. I am the one that I currently have and I use it in several places.

Nothing else in this guide on Thrive Leads to make more attractive forms that will grow your subscriber list faster. 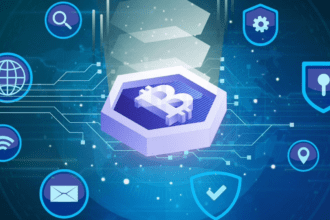 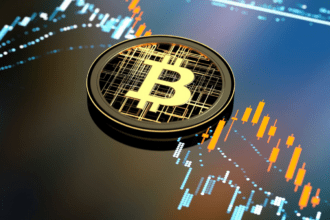 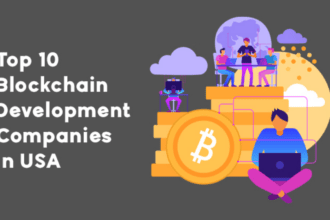 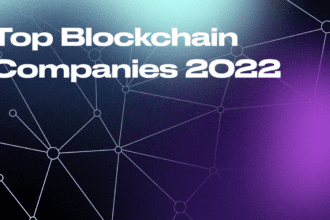