What exactly are proof of work, proof of stake, and proof of elapsed time? The blocks in a specific blockchain are chronologically linked, thus no existing transaction can ever be amended or reversed. Chain growth is unidirectional. As a result, the only method to update a blockchain is to add new blocks. Any node on a public network may become eligible to participate in the creation of new blocks. The consensus algorithm determines which nodes become “miners” or validators.

The consensus method is required. It safeguards the system against rogue nodes that may deliberately break specified rules, try to perform bogus transactions, or launch Distributed Denial of Service (DDoS) assaults. To comprehend this process, you must first comprehend the following three: Proof of Work, Proof of Stake, and Proof of Time Elapsed

What is Prof of Work or Proof of Work?

Proof of Work: Decentralization was a crucial component of the original cryptocurrency idea. To accomplish this, a method for confirming transactions without the involvement of financial institutions has to be devised. The original answer to this problem was referred to as proof of work or Proof of Work.

Proof of Work (PoW) is a method of adding new transaction blocks to the blockchain of a cryptocurrency. In this example, the task is to produce a hash that corresponds to the target hash for the current block. The successful bitcoin miner gains the privilege to add that block to the blockchain and collect incentives for doing so.

Each cryptocurrency owns or develops on a blockchain, which is a public record made up of transaction blocks. Each block of transactions in a proof-of-work cryptocurrency has a unique hash. To confirm the block, a cryptocurrency miner must create a target hash that is less than or equal to the block’s hash. Here is where bitcoin mining fits into Blockchain technology.

Miners do this by using mining machines that produce computations fast. The aim is to be the first miner to get the desired hash, since they will be the ones to update the blockchain and collect bitcoin incentives.

Proof of work works well with cryptocurrencies since it is tough to discover but not to verify the target hash. The technique is complicated enough to prevent transaction records from being manipulated. Simultaneously, once a target hash is discovered, it is simple for other miners to validate it.

Here’s an illustration of how Bitcoin employs proof of work to keep its blockchain secure.

When a Bitcoin transaction occurs, it is subjected to a security check before being packaged into a block to be mined. The hash for the block is then generated using Bitcoin’s proof-of-work mechanism. Bitcoin’s algorithm is known as SHA-256, and it always creates 64-character hashes.

Miners compete to see who can create a target hash that is less than the block hash first. The victor will be able to add the last block of transactions to the Bitcoin network. He is also rewarded with bitcoin in the form of freshly created coins and transaction fees. The maximum bitcoin supply is fixed at 21 million coins, although miners will continue to be compensated for their services beyond that.

Bitcoin’s proof-of-work algorithm seeks to create a new block every 10 minutes. This is accomplished by altering the difficulty of bitcoin mining depending on how quickly miners contribute blocks. Hash computations get more complex if mining is done too quickly. They get easier if the pace is too sluggish.

Proof of Stake: Early on, Ethereum researchers recognised that proof-of-work would offer scalability restrictions that would ultimately need to be solved — and indeed, as Ethereum-powered decentralised finance (or DeFi) protocols gained popularity, the blockchain struggled to keep up, resulting in increasing fees.

PoS has emerged as a viable alternative to PoW. Despite bitcoin’s early success, PoW was unable to match the need for increased throughput, with subsequent blockchains seeking more scalability and quicker transaction rates.

Furthermore, PoW systems need large quantities of energy for the computational power utilised by miners. The PoS algorithm was initially discussed on Bitcointalk in 2011. Although Peercoin was the first to use it in conjunction with PoW, the consensus method swiftly spread to all of its versions.

Unlike PoW networks, which are supported by miners, PoS-powered blockchains are supported by validators. In PoS, the validation procedure is known as “forging.” All a node has to do to participate in the block generation process is stake the native token. There is no need to spend money on power or purchase specialist equipment.

What are the differences between Prof of Work and Proof of Stake?

One of the primary distinctions between the two consensus procedures is power usage. Because Prof of Stake blockchains do not need miners expending energy on duplicate operations (competing to solve the same problem), Prof of Stake enables networks to run with substantially less resource usage. lower.

Both consensus processes have economic ramifications that punish network interruptions and deter malevolent actors. The penalty for miners that submit erroneous information or blocks in the case of proof of work is the sunk cost of processing power, energy, and time.

In the case of the concept of stake, validators’ staked crypto money serve as an economic incentive to act in the network’s best interests. If a validator accepts a faulty block, a portion of their staked money will be “cut off” as a punishment. The amount by which a validator may be discounted is determined by the network.

What is Proof of Elapsed Time?

Proof of Elapsed Time: This consensus, often known as PoET, is everything but poetic! The algorithm is most often seen in permissioned blockchains such as Hyperledger. PoET employs a lottery-style random selection process to choose which node will get the new block.

PoET was first deployed in Hyperledger Sawtooth in 2016/2017, thanks to Intel’s introduction. “Minors” must first join the network and get a membership certificate. Once connected to the network, nodes must wait for a certain amount of time. Before beginning to mine a new block on the blockchain, the miner must wait at least the specified amount of time.

In PoET, the miner who has spent the least amount of time is chosen to mine the next round’s blocks. The mechanism is generally fair and selects miners with a high degree of randomness. It uses little power, and miners may “sleep” while waiting their turn.

POeT is based on SGX – Software Guard Extensions – processors created by Intel. SGX enables the logical isolation of CPU memory, which cannot be accessed or modified. These components, sometimes known as enclaves, are capable of performing isolated instructions as well as memory encryption. Only enclaves have access to and may edit the data contained in this compartment. The code is encrypted and is inaccessible outside of the enclave. As a result, processes going place inside the enclave are very secure.

The POeT technique provides a random wait time for the miner, and the signed timer is obtained from the SGX trust code. After waiting the required amount of time, the kid gets a certificate confirming that he has waited the required amount of time. The miner broadcasts the block containing the certificate after it has been mined. The miner may or may not earn a reward for their efforts, depending on how the blockchain was structured. 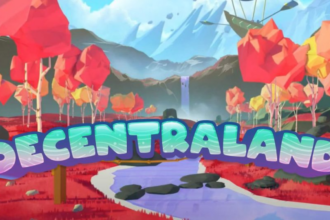 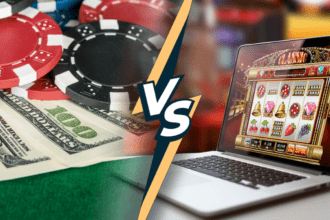 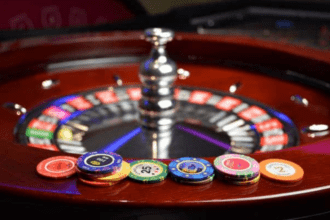 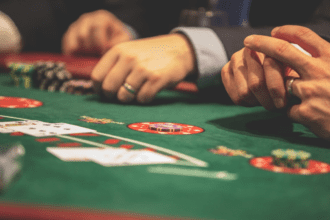