How Do I Turn On Snapchat’s Dark Mode?

How to turn on dark mode on Snapchat: As the number of people using social media grows, many social media platforms are introducing new services. Snapchat is one such social media site. Many people who use such apps late at night have eye strain. Many apps have even added Dark Mode to help with this. You’re probably wondering if Snapchat has a similar Dark Mode. The answer is yes, you can use Snapchat in dark mode.

Many social networking apps now have a “dark mode” feature that allows users to change the color of their app’s UI to darker tones instead of brighter ones, which can look nicer and save battery life.

For a long time, Snapchat was one of the few major social media platforms without a dark mode. However, depending on where you live, this will soon change — or may already have changed. We’ll go over How to Get Dark Mode on Snapchat in this article.

What is Snapchat’s Dark Mode?

The app’s color palette is changed to generate a darker background in Dark Mode (also known as night mode). If you want to stay up late at night with the lights turned off, you should activate the dark mode, often known as bedtime mode. Dark options are available on Facebook and other apps, like Snapchat.

If you use Dark Mode on your smartphone or other electronic gadgets late at night, you won’t harm your eyes or disturb your sleep. Regrettably, not many apps provide a night mode. You’ll also be surprised to learn that many fantastic apps still lack this capability. Snapchat, for example, does not have a dark option for Android. It can still be activated with a few tweaks to the settings.

Regardless of what other apps can do, here’s how to turn on Snapchat’s dark mode. 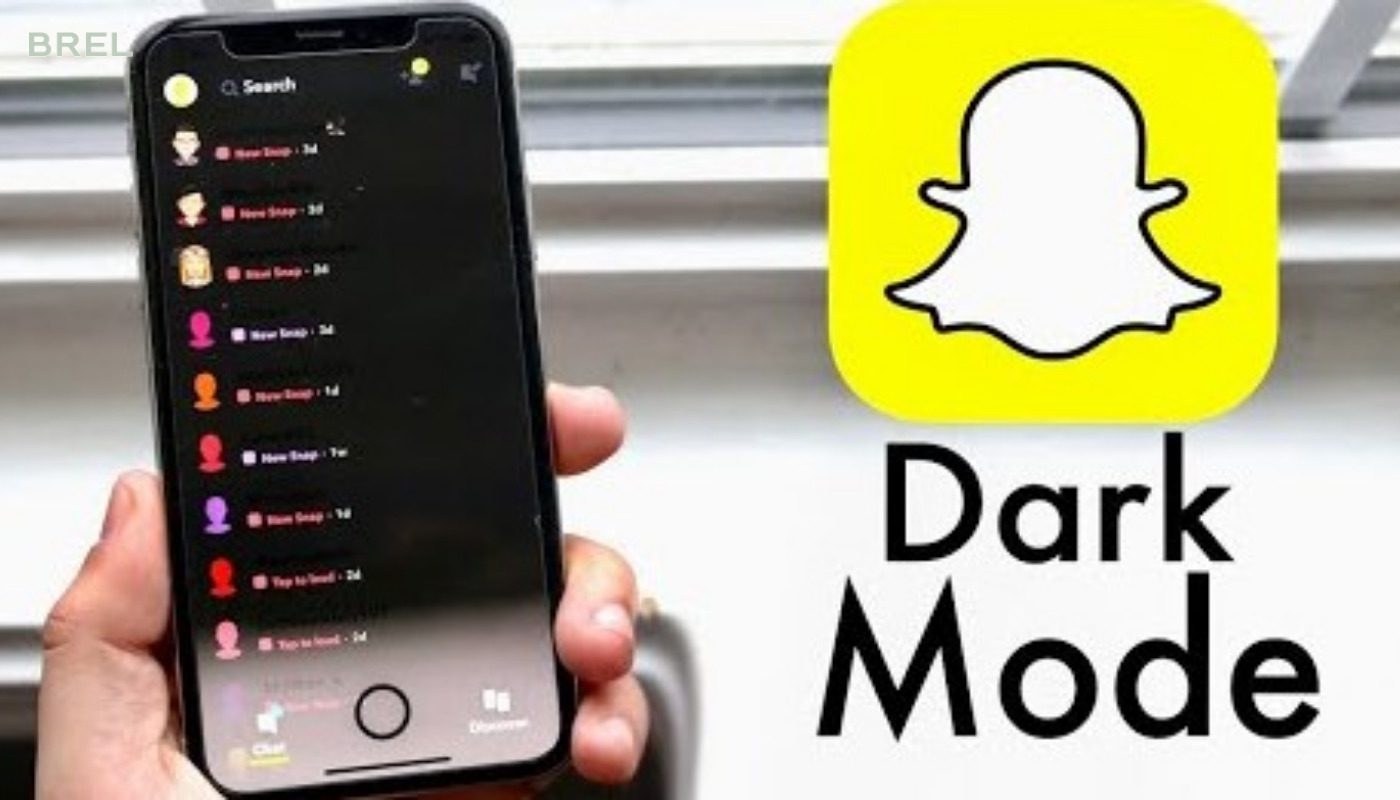 How Do I Turn On Snapchat’s Dark Mode on iPhone and Android Phone?

You’ve probably had the experience of trying to open an app late at night with the lights turned out and being blinded by your phone’s massive brightness.

To get around this, many programs now have Dark Mode options that may be turned on or off. It’s straightforward on the iPhone, but it’s a little more complicated on Android. Let’s take a look at each one separately.

Snapchat, the popular image messaging and talking software, is recognized for constantly updating its features to make it more user-friendly. These updates introduce new features, which delight users in terms of user experience. Snapchat’s Dark mode, which will be available for iPhone in May 2021, is one such feature.

2. On the Android phone

On Android, getting dark mode is more difficult than on iPhone. Snapchat’s official dark mode for Android has yet to be launched. It’s still in the testing stage. However, it is still feasible. To do so, go to your Android settings and enable dark mode. To enable dark mode on Snapchat for Android, follow the steps below.

While Blue Light Filter does not provide Dark Mode to Snapchat, it does allow you to adjust the harsh lights that are emitted from your phone’s screen. The Blue Light Filter software does not involve rooting your Android phone and instead functions as a screen protector. If you want to dim the bright lights of Snapchat, this is a non-intrusive way to do so.

Read more: Review: This Is Us season 5 episode 7 recap and spoilers

Using a third-party app, you can get Snapchat’s Dark Mode.

Another option is to use a third-party app to enable dark mode. Blue Light Filter is one such program. While Blue Light Filter does not give Snapchat with Dark Mode, it does allow you to alter the harsh lights that your phone’s screen produces. The Blue Light Filter program is a screen protector that does not require rooting your Android phone. This is a non-intrusive approach to reducing the brightness of Snapchat’s bright lights.

These are the three most basic methods for enabling Snapchat’s Dark mode. It’s relatively straightforward for iPhone users. Android users can either use the 3rd Party App or follow the lengthy approach outlined above.

Despite the fact that the majority of popular apps have received a native dark theme in recent years, there are still a few that don’t. Snapchat, for example, does not yet support dark mode. But that is about to change. On iOS, the social media platform just began rolling out a dark mode, and the Android version is expected to follow suit soon. If you don’t want to wait, you can enjoy dark mode on Snapchat right away using a simple workaround on a rooted Android phone.

In May, Snapchat added a new “App Appearance” option to the app settings. Match System, Always Light, and Always Dark are three options in the section that let you automatically match the app theme to the iOS system theme, keep light mode on by default, or choose the new dark mode as the default option. Although the in-development dark theme isn’t available on the Android version of the app yet, XDA Recognized Developer Quinny899 notes that the Preferences Manager app can be used to enable it.

Note: Root access is required for the Preferences Manager app, so make sure your phone is rooted before proceeding with the procedures below. If you haven’t yet rooted your phone, use our step-by-step instructions to get started.

Here’s how to enable Snapchat for Android’s in-development dark theme:

The workaround, as seen in the screenshots, allows you to use Snapchat for Android’s in-development dark mode. Please keep in mind that the dark mode is still a work in progress, so there may be some discrepancies. Several screens, for example, have grey text on a black background, and there are a few areas that have yet to be themed (see screenshots below).

The Preferences Manager software requires root access, so the workaround will only work on rooted devices. To root your phone, simply follow the procedures outlined in this article. If that appears to be too complicated, we recommend staying away from Snapchat until the new dark option is officially released on Android. Given that the feature is now available to a number of iOS users, it shouldn’t be long until it becomes available on Android.

Here are some additional solutions to your Snapchat and Dark Mode questions.

Is it true that Dark Mode extends battery life?

Most users will notice that their device’s battery lasts a little longer after switching to a darker theme. Using a brighter theme uses more battery than using a darker one, therefore it’s one approach to get better battery life.

Will Snapchat ever have a Dark Mode for Android users?

At the moment, the only response to this question is that we hope so. Unfortunately, Snapchat has yet to announce the darker look for Android users, even though it is now late in 2021.