A lot of information has appeared on the Internet over the past few months that cohort analysis can now be used in Google Analytics.

What, in principle, can be done with it? Let’s look at a few examples.

Let’s go back to the days of Ancient Rome. The Roman legion consisted of 10 cohorts.

Those. if the total number of the legion (as an example) is 7000 soldiers, then the cohort consists of 1/10, that is, of 700 people This group of 700 people is characterized by a constant composition, a clear hierarchy, and specific goals on the battlefield.

Of course, each cohort competes with the others to become the best cohort in the legion.

That is, a “cohort” is a permanent group of people. How is all this projected into Google Analytics? Let’s look at 3 examples in practice.

This example is one of the simplest, on which you can trace the benefits of cohort analysis.

Let’s imagine that you are advertising on a Facebook. You are guaranteed a constant stream of customers, but suddenly you decide to replace the main advantage in advertisements with another.

For example, the terms of the promotion have changed (you are offering a different bonus).

You’ve made an ad replacement and are seeing a dramatic increase in conversions. The new ad worked and turned out to be much more effective than the previous one! It is quite possible, but there are some nuances …

The first column displays information about the date and number of visitors. These are the formed cohorts:

How does a user get into a cohort?

The first visit is recorded. Those. when a person visits the site for the first time on April 15, he becomes a member of this cohort. If he visits again on Aug 18, then he will not become a member of the cohort of Aug 18,  he already belongs to the August 13 cohort.

Now let’s get back to the changes in the advertising campaign.

Thanks to cohort analysis, we can easily track who exactly makes purchases on the site.

If, after making changes to the ad campaign, there is a sharp increase in requests, then you should first make sure that they relate to users who clicked on the new ads.

Conclusion: If the majority of applications come from users who have visited the site earlier, then the point is not at all about the change in the ads, because they went to the old ad.

Situation No. 2: Searching for reasons for the decrease in the number of applications

This situation is more interesting. Let the general information be the same as in the first case (with minor adjustments):

After some time, the number of applications decreases sharply. We begin to speculate about possible reasons. Could it be a bad ad? But after all, initially everything was good!

As a result, the demand began to fall even with the old ads.

The problem here is not to substitute benefits. It may well be that your offer simply stopped working, seasonal fluctuations are observed, or competitors’ offers have interested users more.

Conclusion: With the help of cohort analysis, we clarify the situation and we can figure out what to do in the future to correct it.

Situation No. 3: Quality of channels for attracting traffic

Let’s say that you periodically advertise in different publications using different means of conveying information. Something like announcements in social media groups, blogs, publications to order, etc. After posting material or announcing an event, traffic on the site increases dramatically.

What will cohort analysis give us in this situation?

We can track the quality of the audience of users from the point of view of returns to the site. Cohort analysis will show which cohorts (what was the source of traffic attraction) visited the site more often than others.

For example, we placed an advertisement on August 17. Visitors just poured into your site. The traffic flow stretched out for three whole days. Now you can follow the cohorts of these 3 days and track whether their users return to the site or not? How many users are returning?

If practically no one has returned, then such advertising can hardly be called effective.

Conclusion: It is the same with other tools for attracting traffic to the site. We analyze and evaluate where it is better to invest.

Of course, cohorts are not the only tool. There is also a subscription to the newsletter, RSS, which should not be discounted and taken into account when analyzing.

Where can you find a cohort analysis on google analytics?

Go to Google Analytics in the “Audience” section: 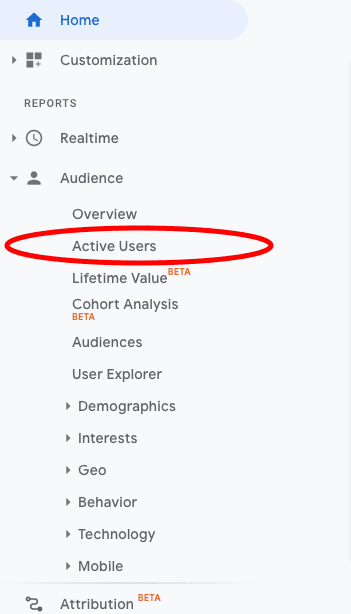 After you enter it, just try to select different values ​​and watch for changes in the data in the tables.

Here you can set the achievement of a specific goal (Application form, as an option), page views, etc. Over time, you will develop the skill of working out your own scenarios.

Which of the following does not characterize business activity

What is the major advantage of using incremental model

A landmass bounded by sea on three sides

Where are proteins synthesized inside the cell

Which of the following does not characterize business activity

What is the major advantage of using incremental model

A landmass bounded by sea on three sides