Bitcoin and Blockchain, As with everything we have written and done since 2010, the purpose of this tutorial is to be as clear, informative, and accessible as possible for individuals who are not financial experts or, in this instance, crypto specialists or geeks. This instruction will not, therefore, be technical or difficult to understand. It is intended for anybody who wants to comprehend the fundamental concepts and functioning of Bitcoin and the blockchain in general.

If you are interested in cryptocurrencies and want to comprehend the fundamental concepts and operation of Bitcoin and the blockchain, then you should read this tutorial. Because ultimately, that is where everything begins. In 2009, with the development of Bitcoin by Satoshi Sakamoto, the very first decentralised blockchain was formed. I insist on decentralisation because, even though there were several blockchains before Bitcoin, it was the first of its type to be monitored solely by its users. This is what we will now observe together.

What is a blockchain?

If you ask a computer expert to describe a blockchain, he would undoubtedly begin by describing it as a “chain of blocks”, which, let’s face it, helps us make progress nevertheless. If it is evident to him, it is less so for those of us who are not geeks.

Simply said, think of a blockchain as a user handbook with specific, defined, and structured laws, akin to an organised Kibbutz if you want, or even a mini-nation with its own rules, interwoven inside an extensive, worldwide network that we may refer to as the Internet.

If you’ve watched the film “Ready Player One,” the virtual RPG (role-playing game) world might nearly be compared to a blockchain with its own laws.

Facebook is comparable to a blockchain. Obviously, we speak about community, but it’s a similar concept.

You will discover, as you go more, that there are several blockchains on the market and that new one are launched often (and that others also disappear). All of these blockchains are comparable to airlines in that they each provide unique services, locations, travel times, and prices. Ultimately, it resembles any ecology.

But what makes the Bitcoin blockchain unique and distinctive (yes, Bitcoin is a blockchain before it is an operational cryptocurrency) is that it was the very first to be entirely decentralised.

The Bitcoin blockchain was created by a small group of computer scientists known as miners who believed in Satoshi’s concept, the value of the decentralised blockchain, and took payment in Bitcoin tokens to protect the transactions that would be done over this network.

When a user conducts a transaction through the blockchain, he issues a “tender”, which is then processed by a miner who executes and secures the transaction. In exchange, he will be compensated in blockchain tokens.

However, Blockchain’s core concept is not confined to transactions alone.

As previously said, a blockchain resembles a large user community. Therefore, there may be as many blockchains as there are (or will be) goods, services, etc. tomorrow.

Tomorrow, when you purchase powdered milk for your infant, you will be instantly connected to the blockchain pertaining to this powdered milk supply chain. If, for example, this sample of milk were contaminated with salmonellosis, you would be immediately notified together with all other owners of this product.

Blockchain will also revolutionise the healthcare and medical industries. Those awaiting an organ donation will be able to register on a blockchain on which organ donors and receivers will be linked in real-time, anywhere in the globe, hence increasing the likelihood of receiving a suitable organ. Obviously, all of this is possible outside of criminal trafficking networks or, worse, independent private networks due to decentralisation.

Where does bitcoin fit into this?

Before Bitcoin became the remarkable store of wealth that it is today and was likened to “digital gold,” it was a basic (almost obscene, but I refrained) token. When the Bitcoin blockchain was launched in 2009-2010, a Bitcoin token was worth less than a seashell. But what has generated its worth is the rising number of users who have adopted the technology, as well as the growing number of miners who were not only compensated in Bitcoin but also retained their tokens because they trust in the protocol. This token’s worth rose over time as the number of users and those who believed in the efficacy of the concept expanded.

As you are likely aware, Bitcoin began as a basic token and progressively evolved into a cryptocurrency as more and more individuals consented to accept it as payment.

Another basic aspect of Bitcoin is its limited quantity. Bitcoin, unlike regular fiat currencies like the euro or the dollar, has a limited supply of 21 million. There will never again be another. This uniqueness is increasingly considered while evaluating its price.

In fact, despite the maniacal printing of money by central banks in 2020 and 2021, 25% of all the dollars in circulation today were produced between those years… There will never be more than 21 million Bitcoin in circulation.

As of the time of writing, the price of Bitcoin has been above $60,000, and an increasing number of us feel that Bitcoin is destined to become a store of wealth. Prior to holding gold at home, we shall store Bitcoin on our smartphone’s virtual wallet tomorrow. Although I do not believe it makes sense to use bitcoins to pay for everyday living expenditures at this time, it is becoming more feasible as the number of retailers accepting bitcoin continues to expand.

And then the other blockchains

Without providing a complete list of all blockchains, I still encourage you to consider the following blockchains.

Understand that the technical revolution ushered forth by blockchain is still in its infancy. The majority of technologies that will be implemented on the blockchain do not exist currently. They continue to be considered and produced. This handbook is meant to expose you to this world since we are still unfamiliar with it. Man will have to need time to adapt to the Internet, mobile phones, and emails. In 1995, 99.9% of the human population was completely unfamiliar with this concept. The same applies to blockchain technology and Bitcoin.

TAGGED: And then the other blockchains, Bitcoin, Bitcoin and Blockchain, blockchain, Blockchain: principle and operation, What is a blockchain?, Where does bitcoin fit into this?
Flinston September 20, 2022 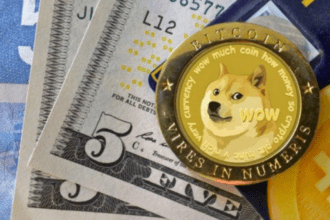 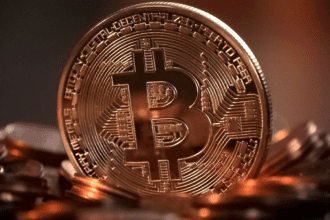 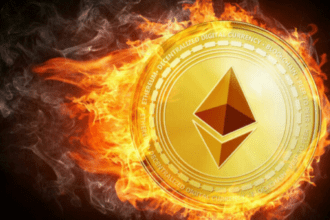 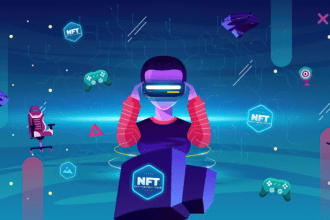